Instructional video can be found here. 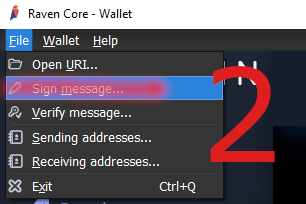 3. (Optional) Use NFT name to find desired wallet address.
4. Copy message to sign from site to wallet.
5. Get the address into the wallet (need to look up if not using NFT)
6. Sign Message in wallet and put into site
7. Sign in. 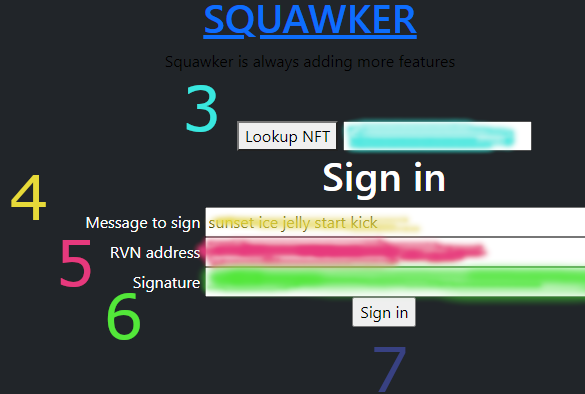 
1. Sign in to the site using the same address each time.

2. Generate a Kaw on the kaw message page.

4. The site will convert the message to json ready to be signed. Copy the signiture_hash value. (in the future I hope to have it fill in the signature hash box but eh.

7. Paste the signature hash in the message box.

11. Refresh your browser in a few minutes to see your new message.

These messages do have a cost of 0.02 RVN each. Donations are currently funding blockchain transactions. To donate send RVN to RMFRzEJrtt6EiFgBNJugLXLEx6PU2z5rYn